What Does the NT Say About Homosexuality? 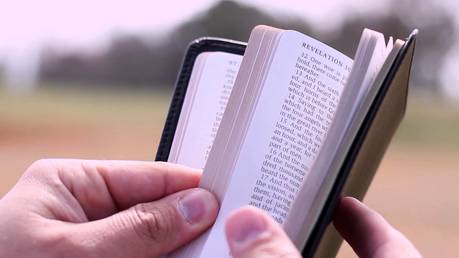 The first passage is Romans 1:27 which is nestled within the context of verses 18-32.  The larger passage follows a short narrative of “humanity’s descent into sin.”  Paul himself says he is describing the “ungodliness” and “unrighteousness” of human history.  While the Greek equivalent of “homosexual” does not appear in this passage, the activity of homosexuality is clearly described.  There are five stages to the descent of humanity.

The conclusion is clear.  Homosexual activity is not only a part of humanity’s descent into sin, but it is also a judgment on humanity.  Some scholars argue that Paul did not know anything about “sexual orientations.”  They claim that Paul’s words do not apply, or he is talking about sexually promiscuous homosexuals rather than condemning homosexuality itself.  However, this argument fails because Paul already mentioned promiscuity in the previous verse, and Paul stated that the homosexuality itself was the judgment.  In Romans 1:27, as well as the next passage we will consider, Paul links homosexual acts with idolatry and sexual immorality in general.

In 1 Corinthians 6:9, instead of using narrative, Paul provides a laundry list of the kinds of actions that are typical of the unrighteous, or literally, the “wrong doers.”  His list includes the sexually immoral, idolaters, adulterers, and “men who practice homosexuality” as translated in the English Standard Version (ESV).

Though the ESV translates the last section as a phrase, Paul uses two distinct words in the original Greek.  The first word is “malakoi” which indicates a passive homosexual partner.  Some people use the word “catamite” or “effeminate,” as does the King James Version (KJV), to reference a young boy in a homosexual relationship.  This was a common practice in the Greco-Roman world and the original readers would have understood the exact meaning of Paul’s word.  The second word is “arsenokoitai” which some people translate as “sodomite” indicating the dominant homosexual partner.  The best modern Greek lexicons agree, and these lexicons define the Greek words according to the way the ancient people used them.  In other words, Paul was not using these words any differently than the way everyone else used those words in his day.

Some people reject these definitions in favor of other “possible” usages.  For example, “malakoi” can mean “soft,” but such a definition does not fit in this context.  Some argue that the word has a figurative meaning of a “spiritually soft or lazy person.”  However, it makes little to no sense for Paul to use a word that literally denotes homosexual activity to suggest spiritual laziness.  Additionally, some claim that “arsenokoitai” refers to a sexually aggressive person, not just a homosexual.  But this Greek word, the words that it derives from, and other words with similar semantic usages all refer to homosexuality in some form.  Stripping this term of homosexual connotations violates historical and lexical context.  Therefore, as used in this list, these words undoubtedly refer specifically to homosexual activity.

Additionally, Paul clearly states in verse 11 that the readers are no longer those things.  The conclusion is that people who practice any of these things he lists in verse 9 and 10 are not washed, not sanctified, and not justified by God.

The last passage that needs to be addressed is 1 Timothy 1:10. In this passage, Paul explains that the law was given to show wrong doers that what they do is wrong.  This point should be obvious.  People do not need rules until they begin engaging in immoral or dangerous activities.  Laws are often written in response to the bad things people do so that they (and others) will know these actions are bad and punishable offenses.  Paul uses the same word “arsenokoitais” in his list of “wrong doers.”  Therefore, homosexuals are among the group of “wrong doers” who need the law to show them that their actions are wrong.

CARM.org - What does the Bible say about homosexuality?

Kevin DeYoung - What Does the Bible Really Teach about Homosexuality?