Transcript: Was There a Global Flood? 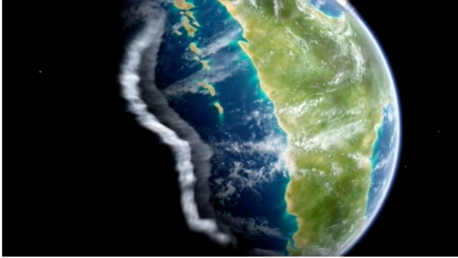 WAS THERE A GLOBAL FLOOD?

“There are legends they have about three sons and a boat to survive the flood and then the boat landed on a mountain and God put a rainbow in the sky to tell them what the weather would be like.” - Ken Ham, Founder and CEO, Answers In Genesis & Creation Museum

There are other stories, too, that sound like accounts in Genesis, such as woman made while man was asleep, or a forbidden tree, and so on.

Flood Legends in other Cultures

Now why is this so? I believe it is because that there was a real flood and that the record of the actual flood is right there in the Bible. In fact, in the Bible in Genesis we read about a man called Noah who was told to build a big ark, a big boat, and take on it each kind of land animal to survive the global flood.

Evidence at the Grand Canyon

-       Confirms it was made under catastrophic conditions

-       Behind the Grand Canyon is evidence of great big lakes

Question: "Can you give me an example of rock forming quickly?"

Answer: “Sure, you ever heard of concrete? You know what concrete is - concrete is artificial rock.”

You know the Bible tells us there is going to be another judgment on this earth, not by water next time, but by fire. Is there an ark of salvation for us?

The Bible is not just a book of stories, it really is the Word of God, it’s the true book of history that tells us all about who we are, where we came from. But our problem is sin, what the solution is in Jesus Christ, we want you to get to that door of the ark and to go through that doorway so that you will be saved for eternity. That’s the most important thing in the entire universe for you to do.

3.     In what way should we model Noah, knowing that a Second Judgment (Revelation 20:11-15) is coming upon the earth? (Hint: Noah was called a preacher or herald of righteousness.)

The Genesis Flood, by Henry Morris and John Whitcomb

History & Impact of the Book "The Genesis Flood", by Dr. John Whitcomb