Transcript: Did Jesus Rise From the Dead? 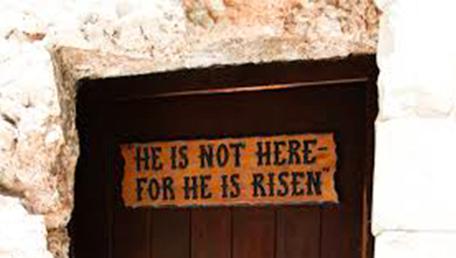 Did Jesus Rise From The Dead?

Critical scholars think that the most important, the strongest evidence for the resurrection of Jesus is in all four Gospels, and the four Gospels come from different sources and those sources all report unanimously that women were the first witnesses to the empty tomb. Why is that significant? Because in the ancient world, contrary popular opinion, women could testify at a court of law in the first century, but there was an inverse relationship in how important the issue was and whether you could use a woman.

Think about this, you’re “making up,” inventing the Christian story decades later and you are trying to prove an empty tomb. Do you use women as your primary witnesses? Of course not, because people are not going to let you get away with that. Why do all four Gospels use the women testimony? Easy because they were the first to find the empty tomb and hence that is probably the strongest evidence for the empty tomb. It is the witnesses they chose because they were truly witnesses and I think this other witness is equally strong. It is what I call “The Jerusalem Factor.”

It goes like this, if Jesus had been buried in Rome and you’re preaching in Jerusalem and you say, “He is buried in Rome, go see the tomb He is not there.”  Are you going to get on a ship and go to Rome? I don’t think so, but the early preaching started in Jerusalem, the very city where He died and was buried, the very city where He was raised and appeared. If you want to take a Sunday afternoon stroll down to the empty tomb you can verify for yourself in about how long, an hour, that that tomb is empty. In other words, bury Him in some other city but don’t go preaching it in Jerusalem unless the tomb is empty.

Now some skeptics will say, “now come on, according to your own book, Acts, they don’t start preaching this until fifty days. The body would be all rotted by then.” First of all, bodies don’t rot at fifty days. Secondly, there would be nail marks in the wrist and the feet and a spear wound. That is not going to away in fifty days. Here is the most important reason: Christians didn’t teach “there is a body in the tomb but we can’t tell who it is.” They said “there is no body in the tomb, its empty.”

If you find any body in the in the tomb you would be right and Christians would be wrong. You could only make that claim in the city in the time when it happened if there is no body in the tomb. So women in Jerusalem are tough but think about a couple of others. Critics often say if we have more than one independent source in the ancient world for something then we have a good chance of it being true. We have several independent sources for the empty tomb and critics count that very, very highly.

Some critics say three, some critics say four different sources but we have more than one. We have several, and in the ancient world that makes a big difference. Here is another one. The Greek word “anastasiV,” the Greek word for “resurrection,” the word itself means “to stand up again.” The word is almost never used, some say never used in ancient literature, pagans, Jewish or Christians perhaps never in any context other than a body being raised. Now that’s important because if a body is raised it is not in the tomb and so again the tomb is empty. See these are some of the reasons the critics today take the tomb very seriously and critical scholars, more critical scholars than not believe the tomb was empty because of facts just like these.