How Is The Christian Religion Different From All The Other World Religions? 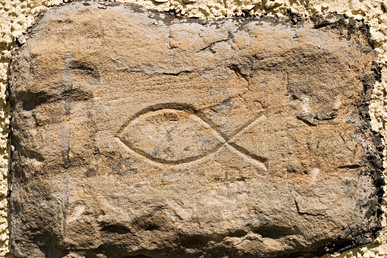 This is a very natural question. In a world filled with religions many tend to see Christianity as simply another religion. If we view the world religions from far away, we notice the major world religions as Judaism, Christianity, Islam, and Hinduism. However, if we move in for a closer look, we see hundreds of religions that represent branches of those major religious. When we get even closer, we see thousands of home-grown religious practices found in the different people groups over the centuries. Many in our westernized culture would prefer not to be a part of a religious group. They claim that they are spiritual, but that they are not religious.

What is it that they really mean? Historical and archeological evidence shows that people have always looked for something that is greater than they are. Historical records reveal that in every culture, there has been some type of belief in a supernatural power. This is just one example that reveals that there is something inside of every person that seeks something beyond ourselves. If we really want to understand other world religions, we need to take a step back and do our best to learn about the different worldviews that these religions represent. The following are only brief definitions of the worldviews from which all regions stem:

Theism – the belief in the existence of a supreme  Being (God)

Polytheism –the view that there are many gods, which contradicts the idea of a supreme Being

Pantheism – the worldview that God is all things, in other words everything is God

Monotheism – the view that only one God exists

A popular worldview in the West is that there is one Supreme Being or “force” that everyone seeks. Every religion is an expression of the spiritual search for this force.

This belief in a one force or Supreme Being is a monotheistic concept. This means that there is one main god that rules over all creation. Many people believe that all the different religions are personal ideas of how to tap into this one cosmic god-force. The word for this type of idea is called “pluralism.” For instance, many believe that someone like the Dali Lama has found the path to this force.

People seek out the Dali Lama for advice and words of wisdom so that they can be closer to finding eternal peace. The idea of coexisting comes from this thought that everyone is seeking the same god and that all faiths are equally true and will lead to eternal bliss. You will find that everyone wants to live a peaceful existence instead of one filled with conflict. People everywhere have a similar desired code of values. These values are believed to help a society to be at peace if obeyed. They are as follows:

Be fair to others

Nurture the children in the community

Do not steal from each other

Obey your parents and honor the older generations

Love each other and be at peace

When people break any of these values or rules it causes a disturbance in the community. This disturbance will then cause unrest. The unrest will create stress and tension between individuals. People throughout history have tried to follow these rules, but have failed miserably. The way that people try to follow the above values will reflect what each person believes about God.

This is where religion steps in. It is also where a person’s core beliefs about life and God are seen. Religion means different things to different people, so for our purposes we will use a basic definition from world religions’ scholar, Winifred Corduan.  He states that; a religion is a system of beliefs and practices that directs a person toward the spiritual and thus provides meaning and understanding to a person’s life.

A quick look at the reality around us will reveal that there is harmony between people until they are faced with an outside conflict. This means that everything is peaceful as long as everyone agrees with each other. Unfortunately, no one agrees with everyone else all of the time. Our environment is the major cause for disunity between individuals and communities. Not everyone has the same amount of money. Not everyone thinks alike. There are only a certain amount of natural resources. All of these things cause problems for people and between people.

It is in the midst of strife that people begin to reflect on the purpose of their existence as they struggle to survive and understand the meaning of life. It’s not unusual to find that many people throughout history have used religious practices as tools in their attempt to change the different situations in their life. A person who turns to religion as a way to change their circumstances sees religion as functional. In other words, they will seek God when they feel that their troubles are beyond their ability to help themselves.

A functional view of religion is very different from the view that seeks a religion for the truth claims that it makes. It seems natural for humans to only seek God when things get bad for them. For instance, in the Christian Bible, the God of Israel warns the people that once they are living comfortable lives, they will forget how He has cared for and guided them for many years (Deut. 8:10-20). Human nature has not changed. When people find themselves in trouble, they seek out some sort of supernatural help. When people become desperate they may even begin to make wild promises to change the way that they live if their demands are met. Once they are cured or saved from whatever their problem was, they conveniently forget about God and continue living as they had been.

For the person who thinks that religions are nothing more than a set of rituals that will do something for them in the end, it will seem that all religions are simply different was of seeking the same end results. However, this is a false view of God. This is only a surface view because religions are very different from each other, at the core. If we are honest about it, deep down we are all seeking the answers to life’s big questions.

Why am I here?

Why is anything here?

Is there really an Ultimate Being (God)?

Does this God interact with His creation?

What happens when I die?

Why would I need to be “saved”?

The way that we answer these questions is in the differences of the various religions.

Buddhism says there is no God – only a return to being at one with the universe (like a drop of water blending back into an ocean).

Hinduism claims there are many gods and Brahman is in everything and in each person, they only need to rediscover that inner god in order to reach the state of nirvana (eternal bliss).

Major monotheistic faiths (Judaism, Christianity, and Islam) do believe in one supreme God. But, out of the three monotheistic religions only Christianity recognizes the human plight of original sin.

The Bible is full of examples of how humanity falls far short of the perfection that people see as the standard code of values mentioned above. There is a deep sense inside of all people that we are sinful. Sin is something that people don’t want to talk about. Everyone would rather believe that humans are innately “good” and are simply prone to make mistakes. Unfortunately, we only need to look around at the real world to see that the problems that plague humanity stem from much more than people making mistakes. Crimes against humanity come in many different disguises. The sneakiest crimes are those that are protected by government legislation under the pretense of equal rights.

Only Christianity recognizes the sinfulness of humankind and sees it for what it truly is (bondage). The human soul is locked into a constant state of turmoil because we are always bothered by something or someone in our lives. The Bible points out that the human mind is forever scheming (Gen. 6:5; Jer. 17:9). Sin in its most basic definition means to miss the mark (as an archer might miss the bull’s eye). Even if we do everything that seems righteous to the outside world, we cannot escape our own thoughts (James 1:14-16, 4:1). If we cannot escape our sinful selves then how will we ever achieve the perfection expected by a just God?

Christianity does not rely on a set of rituals and “good deeds” to save someone from hell, like other religions do. God set down his guidelines that are recorded in the Bible to convict (point out) us of sin. There is no way anyone can follow his expectations of perfection because of the sin inside of us (Rom. 3:20). His expectations are there because God, as Creator, knows how we are formed and that any change from his guidelines will cause pain and strife in our lives. Our sin may also lead others into sinful behavior. Sin is bondage and ultimately leads to death (James 1:15). It leads to death because it cuts us off from the source of life, God.

Because God is absolutely perfect, He is absolutely just as well. Any deviation from His guidelines represents our rejection of Him. When we reject God, we sin against Him. If God is to judge justly, there will be no favoritism in the end (Gal. 2:6). A Christian’s good works should represent their love for God, not to gain any advantage in His kingdom. The Creator cannot be manipulated. God calls us to love him (Deut. 6:5-9) because he desires a one-on-one relationship with him.

Those who would like to learn more about this topic are encouraged to check out the following resources: