TrueLife.org is thrilled and blessed to announce the addition of three soon-to-be-released videos featuring legendary Christian author and Apologist, Josh McDowell!  Filming with Josh McDowell has been a longstanding dream at TrueLife.org and in God’s timing this dream has now become a reality! 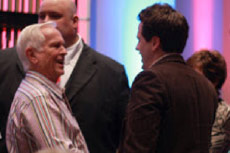 It was during the 20th Annual National Conference on Christian Apologetics hosted by Southern Evangelical Seminary that TrueLife.org began talking with Josh McDowell. During this conference, Josh delivered a message where he stated that "Every pastor, youth pastor, and every parent is in competition with the internet and the information it is spreading." He cited a massive increase in skepticism based on the information on the internet, and it is not slowing down. He said that “…even for Christians, the age of the internet is wearing down their convictions because they think tomorrow they'll find something else."

McDowell also pointed out that according to the National Study of Youth and Religion (a study of over 18,000 young people) the three greatest reasons that young people walked away from their faith after graduating high school are 1) Intellectual skepticism, 2) it has no meaning to my life, and 3) nobody would answer my questions. Further compounding this, he noted that when LifeWay released their massive study of what would bring them back the responses were, 1) the pastor presents truth in a way I can understand it, and 2) it is relevant to my life.

When we heard him tell pastors that they “…simply can’t pastor the same way they have been for the last 20 years…because the internet has changed ‘everything.’” We knew we had to get him involved to join in the fight to “redeem the internet.”

When TrueLife.org’s founder, Jesse Connors, had a chance to speak with Josh and explain how TrueLife.org is reaching the lost for Christ using the internet, he was instantly enthusiastic and offered to help in any way that he could. 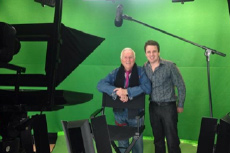 Only a few short months later, on February 6, 2014, Josh McDowell flew up to Lynchburg, VA and filmed three videos with TrueLife.org. These videos will be releasing soon and deal with the questions: “Why am I here?” “Does God Really Matter?” and “Why Does God Allow Abuse?”

These are questions that many individuals struggle with, and Josh McDowell’s background allows him to tackle these issues with a uniquely personal touch.

It is our prayer that God will use these videos with Josh McDowell to help those that are struggling with the questions of “Why Am I Here?” and “Does God Really Matter?” We also pray that God will use “Why Does God Allow Abuse?” to heal the hearts of those affected by abuse and help to bring them into a personal relationship with Jesus Christ.