The New York Baptist State Convention held its annual meeting on October 22nd, 23rd and 24th. Leading up to the convention, TrueLife.org’s President, Jesse Connors accepted an invitation to speak in front of the many pastors that were there for the convention. During his presentation, Connors put TrueLife.org on full display, showing how it helps churches increase their attendance and answers the hard questions posed by nonbelievers. 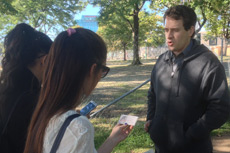 Executive Director Terry Robertson and Evangelism Director Jonathan Santiago, supported Jesse as he presented and will be a vital part of TrueLife’s success in New York in the future. The film team for TrueLife was blessed to have the opportunity to engage New York residents in evangelism and even had the opportunity to capture one of these encounters on video while they were in town. 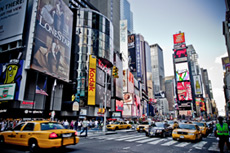 As a result of the presentation at the convention and the connections made there, TrueLife.org will be partnering with 15 young church plants in New York City. TrueLife.org is excited to be serving the churches of New York and they expect God to do mighty works through the faithful witness of church members as they begin handing out TrueLife invitation cards to people in the community.